How to Write a Corporate Apology

Companies are run by people and people make mistakes…often when they think they can hide behind a logo.

That’s when you need to know how to write a corporate apology.

In the past few weeks, we’ve seen a lot of apologies circulating from organizations, corporations, small businesses, and public figures and many of them aren’t good. Between saying too little too late, coming across stiff and insincere, or sometimes not even actually apologizing, the corporate apology is often unconvincing and painful to read.

The parts of a true apology are simple:

Here’s how to write a corporate apology. (The tips below work for small brands and individuals as well but to stay consistent, I’m going to continue referencing companies.)

How many times recently have you seen a post or apology acknowledging the Black Lives Matter movement that sounds like this:

“We are deeply saddened by recent events and acknowledge that we have work to do when it comes to promoting racial equality. We are listening. We promise to do better.”

This statement says nothing. It also sounds hollow and not really believable. This is because the statement does not a) own what has been done wrong, b) show authentic remorse c) specifically explain the company’s stance and d) sound like a human wrote it.

Yes, many companies have lawyers and PR people review and approve public apologies so nothing that is said can then be used against them. But that still doesn’t mean a company has to stick with corporate-speak.

If a public apology sounds like it was written by a lawyer or a robot, it will come across as orchestrated and insincere to readers, aka real humans who are not corporate lawyers or robots. This is one of the three writing mistakes I see again and again, regardless if someone is writing a public apology or a product description.

If you won’t say something in real life, don’t write it for public consumption.

For example, if someone you know passes away, would you actually say to their family, “I am deeply saddened by your loss”? I have never said the phrase “deeply saddened” out loud, so why would I write it?

Explain what steps are being immediately taken to correct the problem

When apologizing, a company then needs to take accountability and share what’s next. Tell your audience what you are doing to solve the problem and the steps you are taking to prevent it from happening again.

To just say, “We are listening. We promise to do better.” sounds like an easy out and empty promise. What will you actually start doing to “do better”? What specific steps will you take to right a wrong? When will those steps be completed?

Words are important but actions always speak louder than words. A public apology may be expected…but it’s worthless if it’s not followed up by action. (See the second example from Bon Appétit below.)

These two high-profile apologies from the last two weeks stood out to me. Here’s why.

On June 5, in a video posted to Twitter, the NFL league commissioner, Roger Goodell, acknowledged that the NFL had mishandled player protests starting in 2014, after a number of players joined together and released a video demanding that the NFL step up, apologize and recognize Black Lives Matter.

He said exactly what the players had asked him to:

“We, the NFL, condemn racism and the systematic oppression of Black People. We, the NFL, admit we were wrong for not listening to NFL players earlier and encourage all to speak out and peacefully protest. We, the NFL, believe Black Lives Matter.”

He also said, “We are listening. I am listening. And I will be reaching out to players who have raised their voices and others on how we can improve and go forward for a better and more united NFL family.”

Often, video apologies are an effective way to share a more authentic, empathetic human apology. In this case, however, while the video probably sounds better than if you had only read Goodell’s apology in writing, it falls flat. For many, it comes across as too little, too late (especially since Goodell failed to mention and apologize directly to Colin Kaepernick, the former San Francisco 49ers quarterback who was the first to take a knee at games during the national anthem to protest police brutality and subsequently shunned from playing). While he said what the players wanted him to word for word, you get a sense that he would have had no idea what was appropriate to say if he wasn’t following the script. It is also not specific on what steps Goodell plans to take to fix the NFL’s errors. Simply discussing with players – who have already been trying to be heard and taken seriously – about how the NFL can “improve and move forward” is an empty, generic statement that does not show what actions the NFL will take or how it will hold itself accountable.

On June 10, after its editor in chief resigned and continued criticism of how it treats employees of color came to light, Bon Appétit released “A Long-Overdue Apology and Where We Go From Here.” The magazine sent it out to its email mailing list, posted the message in its entirety on its social channels and posted the apology front and center, above the fold on their website homepage (meaning at the top of the page, visible when you first land on the website before you have to start scrolling)

“We have been complicit with a culture we don’t agree with and are committed to change. Our mastheads have been far too white for far too long. As a result, the recipes, stories, and people we’ve highlighted have too often come from a white-centric viewpoint. At times we have treated non-white stories as “not newsworthy” or “trendy.” Other times we have appropriated, co-opted, and Columbused them. While we’ve hired more people of color, we have continued to tokenize many BIPOC staffers and contributors in our videos and on our pages. Many new BIPOC hires have been in entry-level positions with little power, and we will be looking to accelerate their career advancement and pay. Black staffers have been saddled with contributing racial education to our staffs and appearing in editorial and promotional photo shoots to make our brands seem more diverse. We haven’t properly learned from or taken ownership of our mistakes. But things are going to change.”

The apology continues to clearly lay out what the publication plans to do moving forward. Instead of saying something generic like “we promise to do better,” they lay down concrete actions, including “prioritizing people of color for the editor in chief candidate pool…and resolving any pay inequities that are found across all departments.”

The third paragraph starts general, but where other companies may end here, every following sentence lays out specific, concrete, actionable steps:

“Furthermore, it is our editorial mission to better acknowledge, honor, and amplify BIPOC voices. We will seek and hire more freelancers of color across all platforms and invest in those relationships for the long run. Our coverage will center, rather than patronize, the contributions of marginalized people. We will do the work of building trust with our BIPOC contributors and launch multiple columns written by BIPOC on print and digital platforms. We will overhaul our recipe development process to address issues of ownership and appropriation. We will audit previously published articles and recipes to ensure proper crediting and contextualization. We will also create research protocols to vet the subjects of our coverage; there will be zero tolerance for racism, sexism, homophobia, or harassment in any form.”

The next step for the brand is showing public proof that it has followed through with these planned actions and what the outcomes are.

On June 15, Bon Appétit sent out an email to subscribers with the subject “Week 1: Keeping Ourselves Accountable” detailing what they’ve done in the past five days and continuing to apologize and take responsibility. Wow.

What other brands have you seen proactively, publicly follow up after they’ve made an apology?

I can’t think of many.

How to Proofread Copy – What to Look For

Last week I shared a few tricks for how to proofread copy. But what should you actually look for when proofreading?  Proofreading is more than catching

How to Proofread Copy – What to Do

Don’t hit publish just yet… Once you’re happy with your drafted copy, it’s time to go over it with a close eye to catch errors, 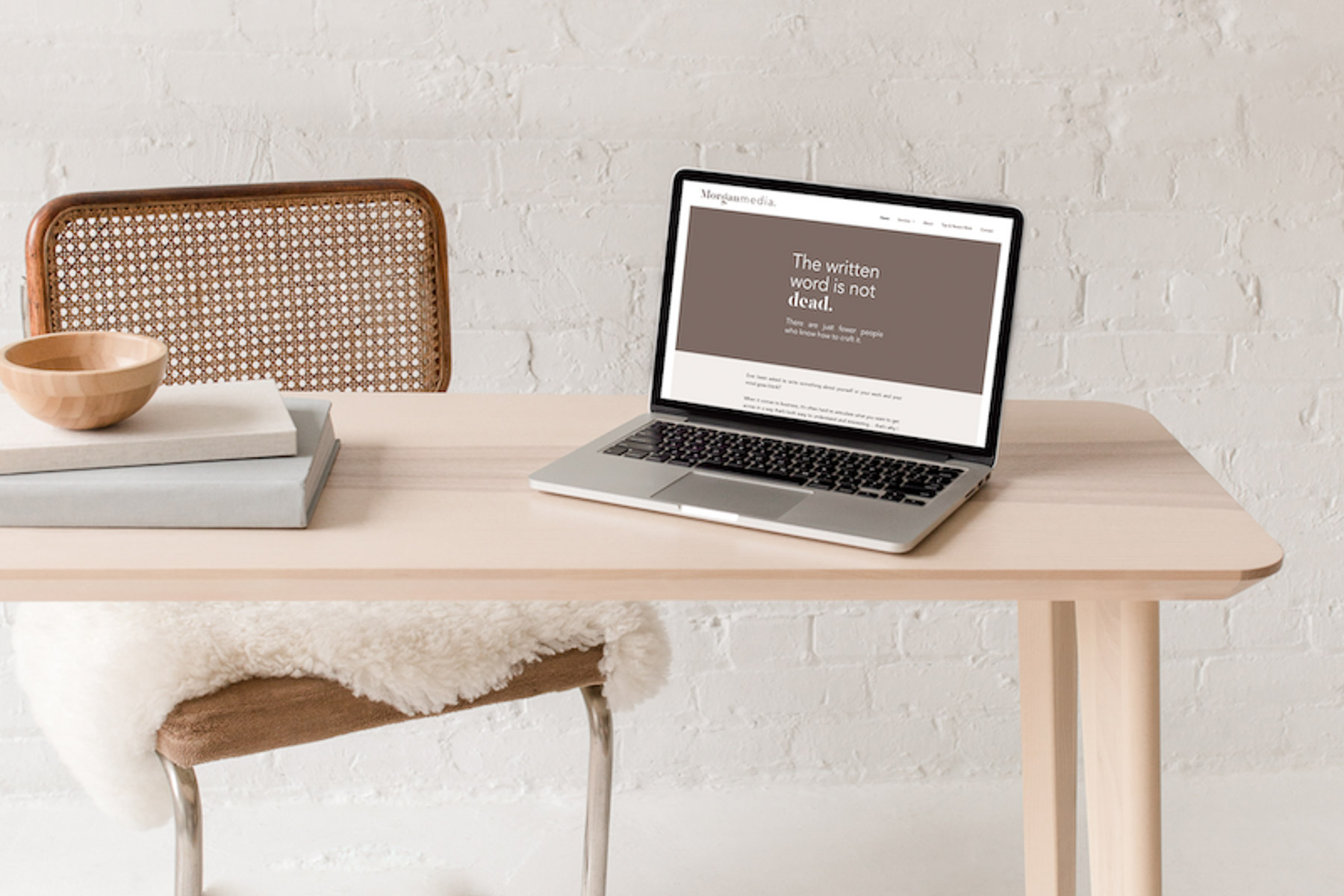 Solid branding and copy should be evident throughout your entire website and brand materials – not just the most obvious areas. Every word and image 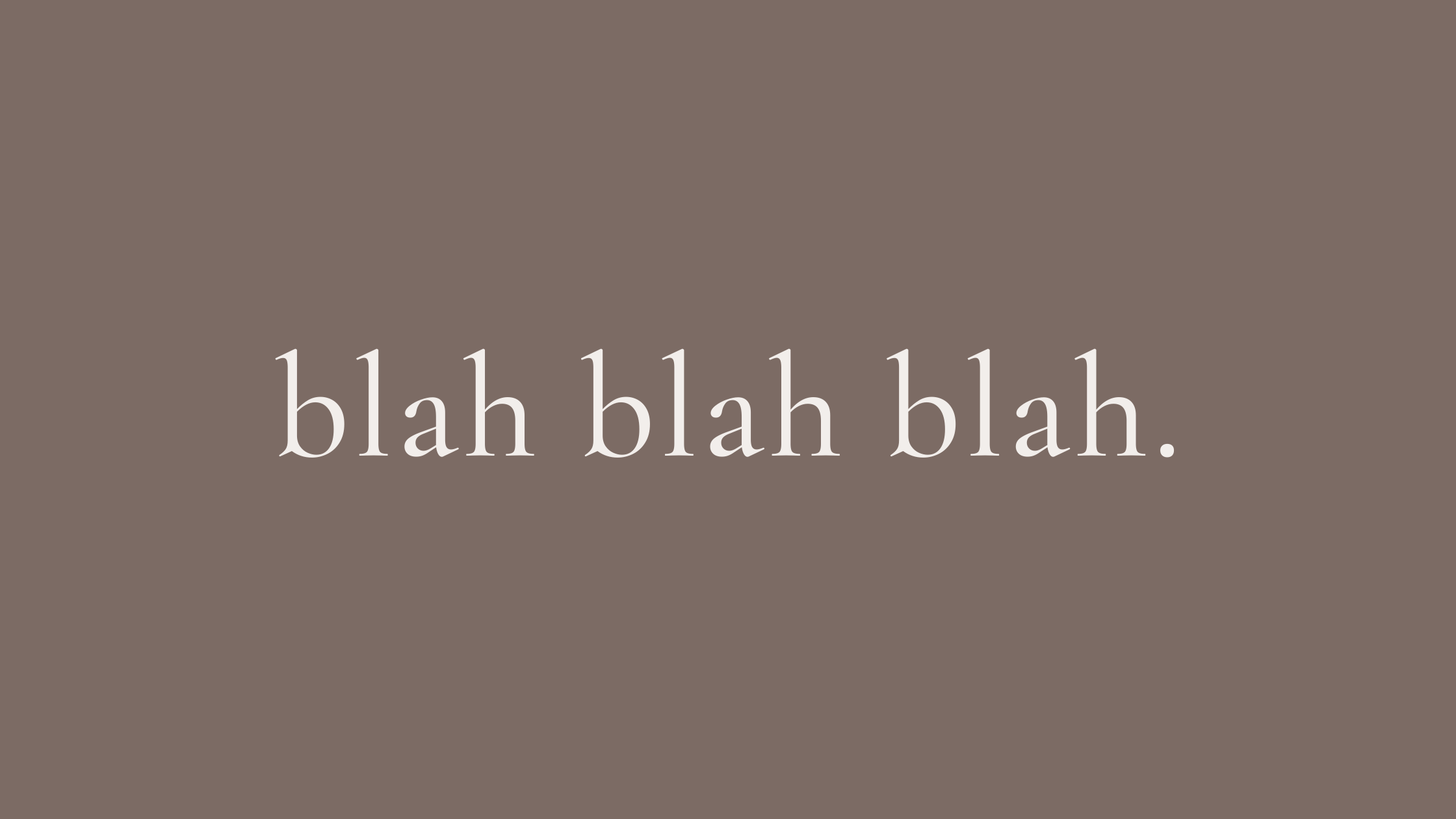 5 Ways to Declutter Your Copy

When writing copy, you want to keep it tight. Here’s how to declutter your copy so you don’t waste your customer’s time by making them

Stuck on what to write about your brand? Need help figuring out how to beat writer’s block? You would think it’d be easy to come